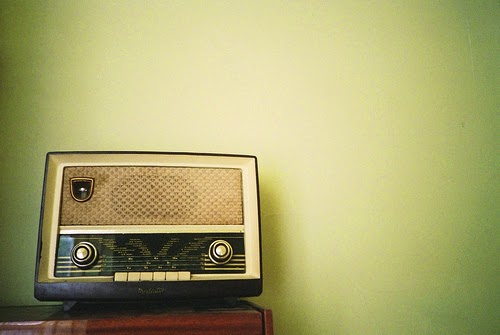 
Copyright is a difficult issue for today's youth.  As a teacher, I taught Media Studies, with a Radio production course.  Students would come to me with their plan for the program, showing me "their" content, and "their" playlist.  They would often look at me, shocked, when I asked them where the music came from.  And when they couldn't answer with what I wanted, I sent them back for more planning.

Post by RoxFM.  Above, one of my former students broadcasting with members of the local community.


My students would take their plan, and go to the local radio station, RoxFM, next door to our school.  This would be all done, Live - on - Air, with a bunch of fantastic teenagers at the microphones and mixer at the Radio station.  When they signed up for the course, they thought that they could just play some random music off their iPod, and ramble on about whatever came to their heads.  But I was concerned about Copyright and Slander.

The Radio Station, RoxFM, is a Community radio station, not for profit.  Members of this station would broadcast, volunteer their time, and work at events for the station.  Students at the school were Youth Members, that paid a fee to take the course, and gain a qualification in Media Studies.  Our school was accredited through Radio Adelaide, which helped us with our program, and certifications.  This is a rich experience that I wish I had as a teenager.

In my course, the students needed to show understanding of items they discuss, the music they played, the news they reported, were all part of someone's livelihood.  The students also needed to do so, legally.

They all knew about record companies making money, and the band makes money.  But they didn't know that all Radio stations, in Australia, pay money for playing music.  A portion goes to the Record label, The artist, the composer, the songwriter, the producer, .... the list goes on.  They didn't know the reason why in movies or television, you didn't often hear "Happy Birthday" being sung in the way you know it.  Its because of copyright.  The TV show or movie did not have the right to the song, and did not want to pay for it.

I often steered my students towards Creative Commons licensed media, so that students could create new things by remixing content.  Students often recorded interviews, mixed audio, to create something that sounded better.

Another reason I wanted the source for the content, was when they were discussing issues in the news, and opinion.  These ideas were formulated by someone else.  A writer, a newspaper, a journalist.  When the student 'went to Air' they needed to site on Air, where the idea originated, at some point during the discussion of that topic.  This helps the student, the producer, and the radio station, to protect themselves (partially) from slander.  But, it is mainly to show where the idea for what they were talking about came from.

With today's technology, anyone can create a podcast, youtube clip... etc.  You do not need a broadcasting license.  Grab some music, read someone else's ideas.  But understanding and higher order thinking is better shown through analysis of ideas, and creativity.  Kids discussing a topic they read about in a magazine article or online, shows better thinking than just reading the article alone.
Crafting a message, that people want to tune into, is even harder.

Copyright is important, because anyone can copy and paste.  But did it require thought?
CBAA Codes of Practice COETAIL Copyright Radio Radio Adelaide RoxFM 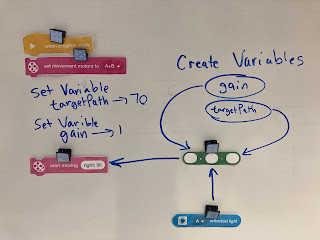